San Javier beaches: Playa de la Hita
A wild natural beach in front of Camping Mar Menor The Camping Mar Menor campiste is located close to the San Javier airport and next to the Islas del Mar Menor natural conservation area, which is listed as a Specially Protected Area of Mediterranean Importance (SPAMI) and is on the boundary between Los Alcázares and Santiago de La Ribera, in the municipality of San Javier. This unique ecosystem exists due to the special conditions and temperatures.. San Javier beaches: Playa de Barnuevo
A very popular Q for Quality beach on the Mar Menor in Santiago de la Ribera Playa de Barnuevo is one of the main beaches in Santiago de la Ribera, at the southern end of the Mar Menor coastline of San Javier and close to the airport, and is 400 metres long and an average of 30 metres wide. It is a high occupancy beach due not only to its size, but also to its proximity to bars and restaurants, the ferry service across to La Manga and as a focal.. San Javier beaches: Playa El Pescador
An attractive stretch of sand on the Mar Menor in Santiago de la Ribera  Playa El Pescador is one of the urban beaches in Santiago de la Ribera, on the Mar Menor coastline in the municipality of San Javier, and lies between the Playa de Colón and Playa Barnuevo. It's an attractive urban beach, 280 metres long with an average width of 20 metres, and the sand is fine, soft and groomed. There is lower occupancy than at some of the others.. San Javier beaches: Playa de Colón
A very popular Q for Quality beach on the coast of the Mar menor in Santiago de la Ribera  A glorious kilometre-long stretch of soft sand, the Paya de Colón is an important beach for those with an interest in watersports, and is in the centre of Santiago de la Ribera between the Playa del Pescador and Playa del Castillico . At 30 metres wide it offers plenty of space, and during the summer there are hire facilities for windsurfing and dinghy.. San Javier beaches: Playa El Castillico
No smoking at this Q for Quality beach on the Mar Menor in Santiago de la Ribera Playa el Castillico is the northernmost of the main urban beaches in Santiago de la Ribera, on the coast of the Mar Menor in the municipality of San Javier, and runs for 450 metres between the Jardín del Atalayón and the Playa de la Puntica in San Pedro del Pinatar. The location is urban but with an average width of 40 metres there is plenty of room on the.. Playa del Atalayón, San Javier beaches
No beach, but a nice bathing and leisure area in Santiago de la Ribera Although this section of the San Javier coastline is named Playa del Atalayón, there´s actually nothing here in the way of a beach, but nonetheless this is a very important element of the San Javier leisure offering. This section of coastline is filled with sailing clubs, bathing jetties and and embarcation points, the water rising higher against the seafront than.. Esculls de la Llana y Encañizadas, San Javier beaches in La Manga Del Mar Menor
The northern tip of La Manga del Mar Menor This area of land is as far north as it's possible to go in La Manga del Mar Menor before the land disintegrates into a series of wetlands which ultimately meet the salinas, or salt pans, of San Pedro del Pinatar. Residential development also comes to an end here with the Urbanización Veneziola, and what was intended as a major leisure complex remains only semi-developed, but it is a very interesting.. Playa del Pudrimel, a Mediterranean beach in the San Javier section of La Manga del Mar Menor
1,500 metres of Mediterranean beach at the northern end of La Manga Playa del Pudrmiel is close to the northern end of La Manga del Mar Menor, and services the Aldeas de Taray and Las Góndolas residential areas between kilometres 17.2 and 16.3. At 1,500 metres it is a long natural beach, and at an average of 18 metres wide it is one of the largest in the area.  The sand is naturally fine and greyish, and makes it a very attractive .. Playa Las Antillas, A Mar Menor beach in the San Javier section of La Manga
A 450-metre-long Mar Menor beach half way along La Manga Playa las Antillas is a Mar Menor beach located within a curving bay between two rocky headlands known as Punta del Pedrucho and Punta Pedruchillo. This area lies between kilometres 8.9 and 8.5 of La Manga del Mar Menor and is heavily developed, with apartment blocks on both sides of the Gran Via which runs the length of the strip. The beach itself is 450 metres long and averages.. Playa El Pedruchillo, a popular Mar Menor beach in the San Javier section of La Manga
A 500-metre stretch of sand on the shore of the Mar Menor  Playa El Pedruchillo occupies a sweeping curve just south of Punta el Pedruchillo, a rocky outcrop looking out towards Isla Grosa, about half way along La Manga del Menor between kilometre 8 and 8.5. This is a Mar Menor beach, and has natural, coarse sand, and good facilities. It’s half a kilometre long and 10 metres wide, and is classified as a high occupancy beach during.. A very popular Mar Menor beach in the San Javier section of La Manga
900 metres of Mar Menor beach in the central part of La Manga Playa de Poniente runs between kilometres 7.2 and 8.1 on the Mar Menor side of La Manga in an area where the land has widened out sufficiently to permit the construction of substantial blocks of residential apartments on both sides, with the Gran Vía running up the centre of the spit. The beach is fine and sandy, and this is a high occupancy urban beach due to the amount of .. Playa El Galán San Javier La Manga del Mar beaches
700-metres of well used sandy beach with views towards Isla Grosa Playa el Galán runs between kilometres 7.2 and 6.5 on the Mar Menor side of La Manga in a heavily built area which contributes to its popularlity, as does the fine sand and the attractive view towards Isla Grosa. Nonetheless, this is officially classified as only a medium occupancy beach. ervices and facilities include toilets, footwashes, telephones, beach cleaning, bins.. Playa Alíseos, a Mar Menor beach in the San Javier section of La Manga
800 metres of sand between Isla Grosa and the Dos Mares marina in La Manga Playa Alíseos runs between kilometres 4.2 and 5 of La Manga del Mar Menor, in a heavily built area with construction on both sides, and although the sand is relatively coarse is popular among visitors and residents throughout the year. Services and facilities include toilets, footwashes, telephones, drinking water, a children's play area, beach grooming service.. Playa la Isla, the southernmost Mar Menor beach in the San Javier section of La Manga
Half a kilometre of sand near the Dos Mares marina in La Manga Playa La Isla runs for half a kilometre along the internal coastline of the Mar Menor and is the sourhernmost La Manga beach in the municipality of San Javier. It runs between kilometres 3.7 and 4.2 of La Manga in a heavily developed area, which means that there is hig occupancy, especially, of course, in July and August. Services and facilities include footwashes, telephones.. 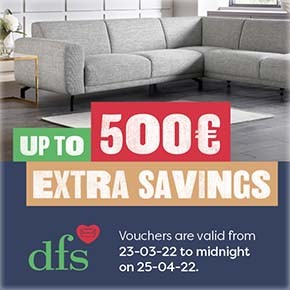 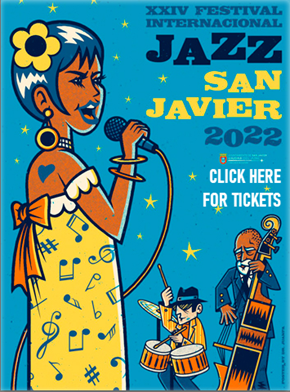 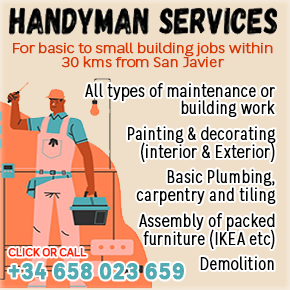